Jack and the Beanstalk tells the story of a young boy called Jack trying to climb the beanstalk in the search for treasue and hidden riches. In this game, the featured Free Spins Treasures are collected by Jack as he navigates the land of the giants.

The adventure begins with 5-reels, 20-bet lines and an all new Walking Wild feature. Walking Wilds appear on any reel during the main game and in Free Spins. Walking Wilds progressively move to the left after every re-spin at no extra cost to the player, disappearing from the reels after reaching the leftmost reel. In addition, Walking Wilds have a multiplier of x3 on bet line wins.

Players that climb their way to Free Spins find what treasures Jack has been after. By collecting keys players can unlock additional types of Wilds. Collect 3 keys, and new Wilds that appear on the reels turn into Stacked Wilds of 2. Collect 3 more keys and new Wilds change into Stacked Wilds of 3. As if this wasn’t enough to excite players on their quest with Jack, when 3 more keys are collected an Expanding Wild is collected and turns any new Wilds into expanded wilds. With re-spins on all Wilds and Treasure Collection Free Spins in Jack and the Beanstalk™ -takes players to heights unheard of in video slot games! Play Jack and the Beanstalk 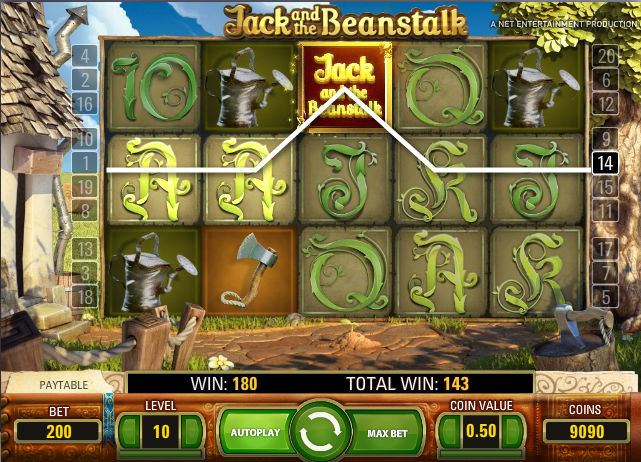 You can play this game at the following places: