……………..The Mega Fortune jackpot history is critical in trying to determine when the jackpot will next be won. To this end we have presented an analysis of past win with an eye to the future! 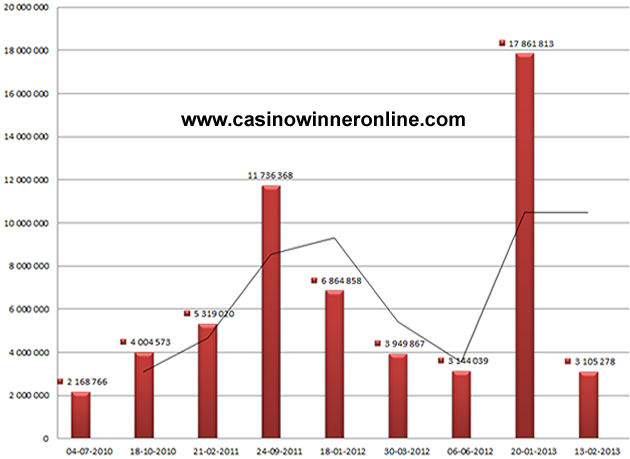 In terms of predicting when the mega fortune jackpot could fall out next, since the variance of wins is so large, this shouldn’t be considered as a necessary indicative figure. From the history of previous Mega Fortune jackpot winner amounts, they are distributed quite randomly over time, in terms of the number of days between subsequent jackpot wins. The variance is anything from a minimum of less than 1 month, to a maximum of 3 months for time periods post September 2011.

Prior to 24th September 2011 when the Mega Fortune jackpot winner hit 11,736,368 euros, the wins were never above 6M euros, suggesting that the games configuration was altered at this time to produce larger variances of wins, resulting in the occasional higher jackpot win than the expected win of Mega Fortune which is in the 4.5M euros area. This win of 11,736,368 euros was at the time a world record jackpot, making the Mega Fortune Jackpot game an incredibly more popular game in the online gaming arena, both for players and operators alike with a mouth watering jackpot to chase and market respectively.

A Mega Fortune win was achieved on 7th August 2013 in the height of summer, where a nice win amount of 3 737 601 Euros was cashed out! Then the jackpot climber again until the 13th December when a principle sum of  2 627 346 was won on the Mega Jackpot.

It wasnt long to wait once 2014 commenced, with 2 wins coming in quick succession. The first being for an amount of  2 565 853 Euros on the 18th January, and then again only 7 days later on the 25th January an amount of 658 148 was then won, proving that the jackpot is wanting to fall out at any and all occassions, no matter how small or large the jackpot is.

What does the rest of 2014 have in store for this classic, all time favourite progressive slot machine…its already paid out three times in 2014 already up until April!

If you want to read more about the Mega Fortune jackpot Winner then do so.

If you want to learn about the Mega Fortune jackpot winner strategy then do so! 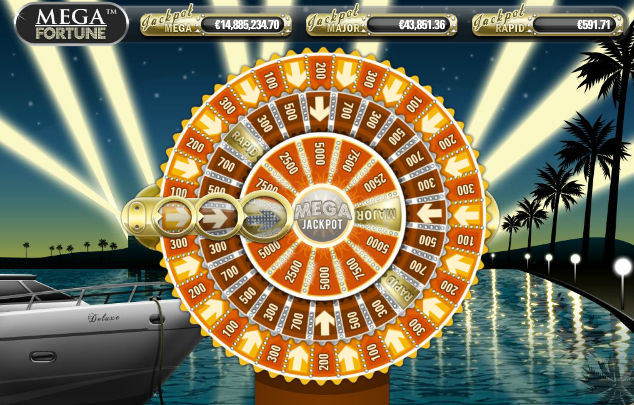